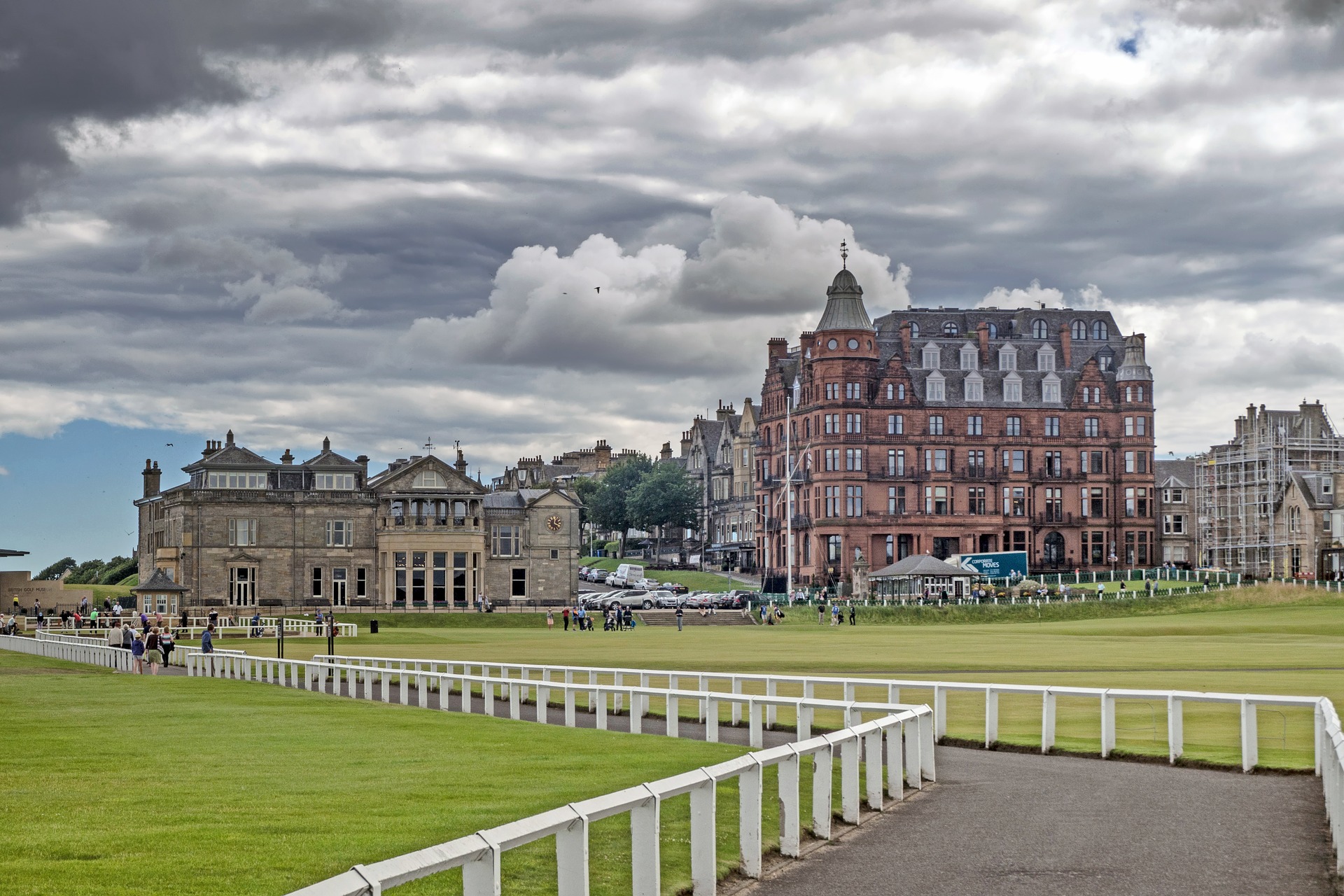 Scotland is significant to golf lovers around the world as the birthplace of the world-renowned sport. Noted as the most prized invention of Scotland, comparatively to whiskey, it draws visitors from all over the world to tour and play historic clubs that have been around for centuries.

Golf was played in Scotland as early as the 14th century and possibly even earlier. Other countries have attempted to lay claim to the invention of the sport. However, there was one thing missing from their game formula: a hole. Driving a tiny ball through innumerable obstacles to eventually drop it into a tiny hole is a uniquely Scottish invention.

Originating on Scotland’s east coast, the game has since become part of the country’s spirit. Once the sport became popular in the 1400s, the government tried to ban the game because it took away from archery practice. Converting to the sport, King James IV helped to build upon the legends and soul of Scottish heritage. Golf had spread throughout Scotland by the beginning of the 17th centurythe same period the game was properly organized with rules of play. The national pastime is celebrated during the PGA Tour’s visit to The Royal and Ancient Golf Club of St. Andrews, which was established in 1754. Several clubs try to claim honor as the first golf club in Scotland, as several started earlier or had to move locations to create a full 18-hole course or changed names. The Honourable Company of Edinburgh Golfers Gentlemen dates to 1744 when it was known as the Golfers of Leith.

It was not until the 1800s that golf became an international sensation. Tourists flock to Scotland to glimpse stone-lined historic courses and play what may become the most memorable rounds of their lives.

Where to Play When Visiting Scotland?

A global household name, Old Course at St. Andrews stands iconic in the world of sports as the first complete course conceived in human history. Fairways, bunkers, hills, and greens mesmerize with hues of green and gold set among picturesque stone and architectural backdrops. The Swilken Bridge on the 18th hole has adorned television spots and photographs for years. Every name in golf has left a footprint on this par 72 course.

About St. Andrews, Scotland - As the birthplace of golf (boasting 11 courses), this seaside village northeast of Edinburgh is rooted deep in heritage and pride. With twelfth-century cathedral ruins, along with remnants from a thirteenth-century castle and dungeon, its treasured Fife coastline remains a global spectacle for nature, wildlife, arts, and culture.

Set amidst a village of 1,200 people, the links are storybook picture perfect. Royal Dornoch, one of the most elite courses of the world, was ranked number five globally by Golf Digest in 2016. I was honored to test my skills on The Championship Course, both a challenge and a delight. The landscape takes even the most well-traveled player’s breath away with its natural beauty and sea views. The par 70 course can add a few strokes if the wind blows across the curving bay of Dornoch Frith. Embraced by effervescent sandy beaches, majestic fairways run parallel to the shorelines across two distinct levels of ridgeline.

About Dornoch, Scotland - Dornoch’s motto is “you can do it all from here.” It is a fairytale setting rumored to have played host to Madonna’s wedding to Guy Ritchie. While the golfers play, others may enjoy the quaint shops and cafés, or enjoy what Scotland is famous for—Scotch. If you love five-star dining, dinner at the Royal Golf Hotel is a must. The menu changes with the season, but they always offer something fresh from the sea.

This par 70 course set amid the sandy dunes and Atlantic Ocean winds can stimulate a challenging start to your game at the private course known as Machrihanish Golf Club. The majesty of the dunes and fescue grasses play well with the cry of the seabirds at this 19th-century course.

About Argyll, Scotland - Experience the west coast of Scotland by viewing stone castles, exploring the sea, or getting outdoors in Argyll and the Isles. With over 3,175 miles of coastline and 60 castles, there are many activities from the mountains to the shore and 15 whiskey distilleries in between. This historic area is only a 20-minute flight from Glasgow and offers three golf courses and fresh fare from the sea. Some of the most beautiful beaches in the world are found here.