For nearly two hundred years, the charming village of Cashiers, North Carolina has been captivating visitors from all over the Southeast and beyond. Brimming with history, the names of Cashiers early settlers can be found painted on street signs and engraved on buildings throughout the quaint historic community. Colonel John A. Zachary reportedly first explored the ancient forests and lush landscape of the mountains of Western North Carolina with his oldest son in 1832. They returned the following spring from their home over 200 miles away to become the first permanent homesteaders on the Plateau. Their ancestors still live here today (including Silver Creek Real Estate Groups very own Elaine Zachary!) One of Colonel Zacharys sons, Mordecai a skilled carpenter built what is now known as the Zachary-Tolbert house as a wedding gift for his young bride, Elvira Keener, in 1852. The Tolbert Family owned the home for most of the 20th century. The house still stands in the heart of Cashiers, and what once served as a summer retreat and inn now houses the Cashiers Historical Society. It opened as a public museum in 2001, is listed on the National Register of Historic Places and showcases much of the original furniture crafted by Mordecai Zachary himself. 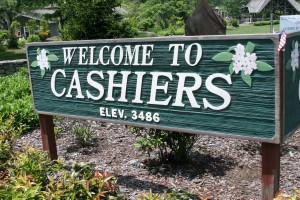 Not long after the Zacharys arrival to the area, the McKinney Family of Pickens, South Carolina followed suit. James McKinney and his family bought 600 acres in a valley on The Plateau in 1835. They kept cattle and horses on their newly acquired land from spring to late fall, and then headed south to coastal South Carolina for the winter months. Anecdotal in nature, one story of how Cashiers got its name relates back to James McKinney and his prized stallion, Cash. As the story goes, Cash was lost during a drive south one winter. When the family returned to their valley the following spring, they found Cash alive and well. According to legend, they called their home, Cashs Valley from henceforth.

One of Cashiers most prominent citizens, Brigadier General Wade Hampton III (1818-1902), was also enraptured by the beauty of the region. His family was very wealthy having built their fortune from cotton plantations in Charleston and Columbia and although he could choose to build a mountain lodge anywhere he wished, he chose The Plateau for his beloved summer retreat. He purchased land from Mordecai Zachary and built the Hampton Hunting Lodge. He gained a great deal of fame for his service and valor during the Civil War, and it is said that he received word that he had won the title of Governor of South Carolina while rocking on the front porch of his Cashiers mountain home. He went on to serve in the U.S. Senate for thirteen years, and was appointed US Railroad Commissioner by President Grover Cleveland in 1892. Another story of the origin of Cashiers name has become the stuff of local lore. According to the legend, the Hamptons owned two prized bulls named Brutus and Cashius. Cashius wandered away and became entangled in a thicket. He died in the valley, which was thereafter named Cashius Valley. Apparently, time and local dialect molded the name to Cashiers (Cashers) Valley. The land once owned by the Hampton Family is now home to two of Cashiers most affluent communities, High Hampton Inn & Country Club and Wade Hampton Golf Club.

Prominent Pittsburg entrepreneur E.H. Jennings was drawn to the area in the late 19th century and felt it would serve as an amazing resort area to the affluent citizens of the South. He purchased 35,000 acres near what is known today as the town of Cashiers. Jennings was truly a visionary countless visitors have selected Cashiers as their vacation spot of choice and keep returning, year-after-year! More than a century later, Cashiers continues to draw families from all over the Southeast to its breathtaking landscape, relaxed pace, wide variety of leisure activities and amazing resort communities.

For those who live here year-round awe-inspiring views of the Blue Ridge Mountains continue to astound, the scents of wildflowers and mountain laurel blended together on a cool mountain breeze continue to inspire, and the activities of a stroll through an ancient forest or the time-honored tradition of a day of fly fishing continue to delight. In fact, Cashiers was recently listed as one of Outside Magazines Best Towns in 2004. Since its inception, the Cashiers community has been based largely upon a foundation of Southern Hospitality in celebration of natures splendor. 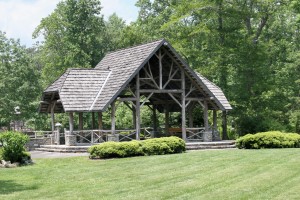 You are welcome to enjoy an outdoor concert on the Village Green, explore the gift shops that line the streets of Cashiers downtown area, or just sit back, relax and breathe in the unforgettable sights and sounds that surround you. Cashiers contains some of the most exclusive neighborhoods in Western North Carolina, representing some of the most distinctive architectural designs. We invite you to visit Cashiers and fall in love with this one-of-a-kind community as so many families have done before you. Silver Creek Real Estate Group welcomes the opportunity to introduce you and your family to some of Cashiers most exciting communities and subdivisions, including Arrowhead, Big Sheep Cliff, Cedar Creek Woods, Cedar Hill, Chattooga Club, Chinquapin, Cullasaja Club, High Meadow of Cashiers, Little Terrapin, Lonesome Valley, Mountaintop Golf & Lake Club, Pinchot, Sheep Cliff Crossing, Spring Forest, Wade Hampton Golf Club. To start laying the foundation for your very own mountain homestead, call the talented team at Silver Creek at <a href="tel:+18287431999">828-743-1999</a> or e-mail us at info@ncliving.com. Feel free to learn more about the communities listed above and the properties available for purchase by visiting our website at https://www.ncliving.com/ or pop by our offices located just west of Cashiers Crossroads in the Shoppes at CreekSide. We look forward to the opportunity to help you begin your quest for the perfect vacation home, real estate investment or your heirloom dream home a home that will be passed down from generation to generation, in the spirit of the pioneers who first settled here.

Information courtesy of the Cashiers Historical Society https://www.cashiershistoricalsociety.org/ and The Chattooga Conservancy https://chattoogariver.org/.