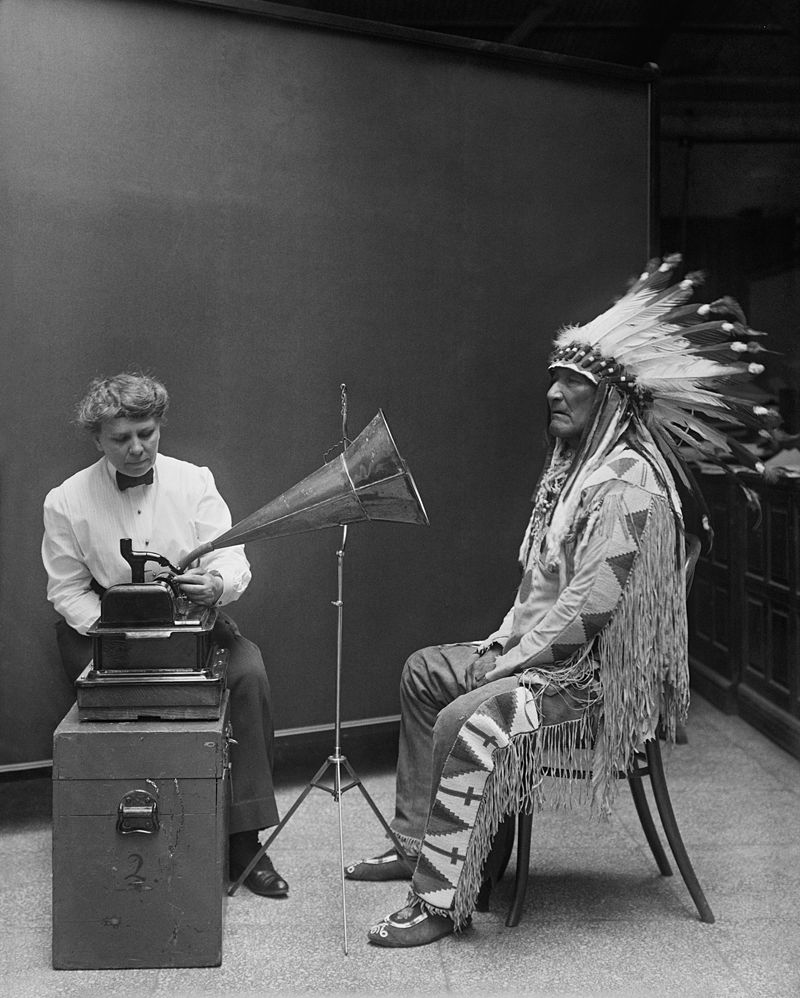 Sitting on a mountaintop in the Blue Ridge Mountains of Western North Carolina, legend has it that if you listen very carefully, you can still hear the drumbeats of the Cherokee Indians that once rose above these mountains. Prior to the 1800s, the powerfully moving sound created by these Native Americans juddered through the mountains, telling the stories of tribal life. Their community centered on music that led them into ceremonial games, dances, celebrations, healing chants, and daily activities. Their musical notes came from instruments such as homemade drums, hand-carved flutes, and rattles or idiophones made from turtle shells. Their original staccato-like drumbeats, as well as their more elaborate melodies, laid the roots for what was to develop into a land even more abundant with sound, vibration, and song.
The rich history of music in these mountains is varied, to say the least. Once the early settlers from England, Scotland, and Ireland arrived, bringing with them traditional ballads using flutes, fiddles, and pipes, the deep musical sounds that once echoed from mountain to mountain changed. The old Cherokee melodies began to mingle and mix with the new to form something multi-cultural. With the additional influence of enslaved Africans, who brought to the southern states the banjo made from gourds and animal hides, the melodic notes, beats, and tunes blended together to form a bluegrass-country style of music using drums, banjos, mandolins, harmonicas, and fiddles.
Along with these musical enrichments came clog dancing, known today as “clogging.” Toe-tapping with clogs was a musical instrument on its own but paired with the fiddle, this new style of music became a popular accompaniment to any gathering in the southern region. Again with the confluence of dance styles of the Cherokee and African slaves, a harmonious series of step dances came to eventually form square dancing.
As the music was handed down from generation to generation, the expressive lyrics told stories of the past brought forth by the early settlers’ balladry. Slowly this classic music became more twangy and progressive, leading to country, bluegrass, blues, and sacred sounds. String bands began to form and lively performances of vocal and instrumental compositions could be heard far and wide around campfires, on front porches, at jamborees and festivals, and meeting houses.
The twentieth century brought explosive change to bluegrass and country music with the entrance of Charlie Poole and Bill Monroe to the scene. An old-time banjo player from North Carolina, Charlie Poole formed one of the first well-known country string bands called The North Carolina Ramblers that recorded many popular songs from 1925 to 1930. Monroe performed live on North Carolina radio stations in the mid-30s on his way to forming the Blue Grass Boys, which was dubbed the “Original Bluegrass Band.” Then came Earl Scruggs, who was born in North Carolina in 1924 and joined the Blue Grass Boys along with Lester Flatts in 1945. Scruggs was a chief influencer in bluegrass until his death in 2012 and was a musical hero to folk-bluegrass-rock musician Jerry Garcia of the Grateful Dead. It was Lester Flatt and Earl Scruggs’ classic recording of Foggy Mountain Banjo that influenced so many newcomers to bluegrass.
Famously called a “walking archive of mountain music,” Mary Jane Queen, a twentieth-century Irish ballad and banjo player from Jackson County, was one of the few local greats to receive a distinguished National Heritage Fellowship in 1993 and, posthumously in 2007, the North Carolina Heritage Award.  Multi-Grammy award-winning Doc Watson, considered the father of southern Appalachian root music with his fingerstyle and flat-picking guitar skills, was another twentieth-century North Carolina trendsetter of bluegrass, folk, country, blues, and gospel music.
Today, music in these mountains continues to be heard, but with even more fervor. Comedian, actor, writer, producer, and musician, Steve Martin, who played banjo with Scruggs in 2001, is a common fixture in the bluegrass music scene and is known for his impromptu pop-ups at music festivals here in Western North Carolina. A legend of our time, Peter Rowan (www.peter-rowan.com) continues the traditions of bluegrass music along with more regionally recognized bands, including Silly Ridge Round-Up (www.sillyridge.com) and Nitrograss (www.nitrograss.com), who play regularly in our area.
A culmination of original melodies of the Cherokee, early settlers, and the Africans continue to live on in the sounds of the country, bluegrass, country-rock, and blues music that dominate our mountain area. Whether the music resounds around campfires, on stages, at barn dances, annual festivals, and major concert venues, it is not hard to find great traditional live music throughout the year. •