Silver Creek Real Estate Group is proud to continue its support of the Tour de Cashiers in 2012. This year's event will be held on May 5th.

The Tour de Cashiers was started as a community ride by Clark Moore in 1992. There was one 11-mile route, and folks met in front of the Chamber of Commerce. It stayed this way for a couple of years. Then over the years, with the help of several local cyclists, the Tour was expanded to include multiple and longer rides, and post-ride food and entertainment. In 2001, a 75-miler was added to bring new challenges and to appeal to riders looking for something more. 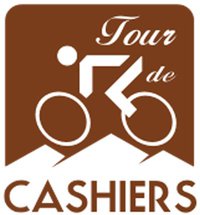 The full 100-mile Century was added in 2004, and in 2006 the 50 and 75-mile rides were combined into a new Metric Century. The two century rides provide challenge and inspiration for riders wanting to tour the mountains and test their conditioning on an all-day supported ride.

Tour de Cashiers events are now being presented by the Highlands-Cashiers Hospital Foundation. We put all net proceeds back into the community through donations to our local hospital and to such organizations as the Cashiers/Glenville Volunteer Fire Department, the Glenville/Cashiers Rescue Squad, The Village Green and other area fire and rescue departments and local schools.

The Jackson and Macon County Sheriff Departments help with leading or protecting the ride, and fire and EMS units from three counties are either on the course or on call. Many volunteers run the rest stops and keep riders stocked with fruit, bars, energy drinks and water.