After just two outstanding seasons at Lonesome Valleys Canyon Kitchen in Western North Carolina, locally celebrated chef, John Fleer has garnered the attention of the nomination committee of the highly revered James Beard Foundation Restaurant and Chef Awards. The committee placed Fleer in the running for their esteemed Best Chef: Southeast award against such well-regarded Southern chefs as Hugh Acheson of the Athens, GA restaurant Five and Ten; Craig Deihl of the Charleston, SC restaurant Cypress; Linton Hopkins of Atlanta, GAs Restaurant Eugene; Edward Lee of Louisville, KY restaurant 610 Magnolia; and Andrea Reusing of Chapel Hill, NC restaurant Lantern. Considered by many to be the Oscars of the food world, the winners of this years James Beard Awards will be announced on May 6. Regardless of the outcome, the nomination itself is quite an honor. 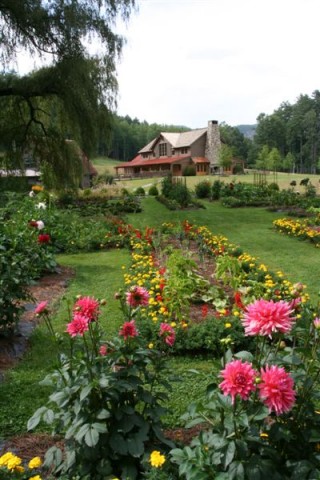 Armed with an impressive resume that includes his role as a private chef for beloved celebrity icon, Mary Tyler Moore and a 15-year stint as the executive chef at the famed Blackberry Farm in Walland, TN Chef Fleer has created quite a buzz in a relatively short amount of time on the Highlands-Cashiers Plateau. It was likely Fleers unique culinary style combined with his use of farm fresh ingredients and the sublime atmosphere of his restaurant, Canyon Kitchen that drew the interest of the James Beard Foundation nomination committee. Nestled at the heart of the lovely Lonesome Valley master-planned development in the Sapphire Valley region of Western North Carolina in an expansive box canyon shadowed by the Blue Ridge Mountains, Canyon Kitchen offers its patrons stunning views and an experience that is so much more than just a meal, its a gastronomic event. Open seasonally to Lonesome Valley members and the public by reservation only, Canyon Kitchens 2011 season will kick off on Memorial Day weekend and run through Labor Day weekend.

Silver Creek Real Estate Group would like to extend our heartiest congratulations to Chef Fleer for his nomination, and we wish him the best of luck leading up to the announcement of the winner the first week in May. We are so looking forward to the start of the season at Canyon Kitchen, and highly recommend our readers add a memorable visit to the Kitchen to their itinerary during a spring or summer stay on the Highlands-Cashiers Plateau. If youd like to learn more about Canyon Kitchen, we invite you to read our August 2010 blog Ambience and Incomparable Cuisine are Always on the Menu at Cashiers Canyon Kitchen. To make a reservation, call 828.743.7967 or e-mail your request to canyonkitchen@lonesomevalley.com.